NOT GETTING QUALITY BUSINESS INFO FROM INFORMATION SYSTEMS

The company’s CEO and executive team were growing increasingly frustrated with their IT team’s lack of leadership and innovative technology solutions to improve business productivity and growth. The executive team wasn’t getting accurate and timely reports that they could trust -- reports they needed to make smart business decisions. And when the executive team asked IT for something, the answer was usually a dispirited “no.”

You see, the IT department was consumed with fighting fires just to keep the system running. And despite working long hours, the team lacked efficiency. Users hated the system because it was cumbersome, and the company was simply stuck -- crippled by both its IT system and its internal/external IT people.

The CEO had learned of Lazorpoint, its PointMan™ system and its unique approach to information systems management a few years earlier. Only now did it become clear that managed IT services were surely a better, more strategic option than break-fix IT support. So, the CEO replaced his IT director with the Lazorpoint team; this prompted the IT director’s two direct reports to resign almost immediately. Initially, the CEO was concerned that the departure of all the company’s internal knowledge on information systems would hinder the company’s ability to serve its customers. But Lazorpoint assured the CEO that his company, like so many others in the past, would get through this and be better for it.

A Lazorpoint team was assigned. The PointMan™ immersed himself in the client’s business and systems, participating in weekly executive team meetings, as well as quarterly and annual strategic planning sessions.

Lazorpoint customized and implemented the processes, tools and practices of its strategic “Peace of Mind” framework: All user-support requests were routed to Lazorpoint’s support team for timely resolution, monitoring tools were deployed on all critical systems and key analytics were reported back to Lazorpoint.

The IT experts also thoroughly assessed the company’s IT/IS environment, identifying issues that were preventing optimum productivity and customer service. Along the way, they discovered that many of the systems’ issues stemmed from inconsistent business processes, lack of training among key users and multiple poorly conceived customizations made to the ERP system.

The PointMan™ created a long-term technology management vision for the company, developing an IS blueprint to guide the company over the next few years and assuming the role of “virtual” CIO.

The PointMan™, along his IT consulting leadership team, moved forward with a new ERP system for accounting, purchasing and inventory management. They then added CRM for all customer-facing activities, a warehouse management system to automate many of the processes in the distribution centers and an integrated e-commerce system.

Confidence in IT/IS has been restored to both the company’s CEO and executive team. Users within the company are now more engaged, have 24/7 access to the data they need (whenever they when they need it) and enjoy the peace of mind that their information systems are equipped with the best, most innovative technology solutions for optimum service and company growth.

CEO HELD HOSTAGE BY IT

The company’s CEO was growing frustrated with her head of IT because he was not providing what her business needed to serve its customers. To make matters worse, the IT chief had built the core business information systems almost single handedly -- he was therefore the only one who truly knew how everything worked. This meant that IT operations people often had to call on that head of IT directly just to keep the business running.

In summary, the IT chief clearly held the “keys to the technology kingdom,” so business operations would be severely compromised if he were simply fired.

The company did have another IT resource, but this other resource and the IT chief did not collaborate whatsoever: no cross-training, no co-documentation and no sharing of knowledge, tools and information.

Finally, the IT chief gave his notice and refused to help with any transitioning beyond his final two weeks at work. In an effort to regain control of her company, the CEO reached out to Lazorpoint in a pretty serious state of desperation.

Dave became the PointMan™ for the CEO. He quickly assessed the situation and assembled the right IT consulting leadership team to take charge of the remaining IT resource and the operations department throughout the transition.

Dave also made sure to leverage the remaining IT guy’s knowledge and skills, focusing him on areas where he’d provide the most value. Together, the Lazorpoint team and the IT resource identified the “landmines” (big issues that could kill the business, such as no critical data backup), reviewed the core business applications and developed an information systems blueprint to achieve the company’s vision for its technology management.

The CEO is now confident that managed IT services are optimally promoting her company’s productivity and services: Excellent data backup solutions are in place and regularly verified, all landmines have been defused and documentation is strong.

The company is enjoying peace of mind from successful execution of Lazorpoint’s long-range, innovative technology solutions for IT efficiency and company growth. But most importantly, their PointMan™ implemented an IT structure to prevent this IT-hostage situation in the future: Never again will this company be handcuffed to one internal resource.

Systems Down or Compromised

Business as usual? Not here. This company’s core business information systems (IS) were down for six days. Accounting information was inaccessible, so printing payroll and accounts payable checks was certainly not an option. The company couldn’t invoice customers, print bills or enter any transactions. As for inventory management? Out of the question. This company had officially hit full-crisis mode.

Emotions were running high; the CEO and CFO were furious. The sole proprietor of the company’s current IT systems, a “one-man band” of sorts, was working as hard as he could. He had been promising for days to have the system up and running. But with each new morning came the same, frustrating news: Systems were still down.

The losses were substantial and multifaceted: In addition to losing all of their company’s operational functionality, the CEO and CFO lost confidence in their hard-pressed IT guy. However, they did gain something crucial: the realization that they needed to think differently about information systems management.

Having had previous experience with Lazorpoint, the CEO reached out to the managed IT experts.

Even though Lazorpoint knew little of this company’s business environment, it didn’t take PointMan™ Greg very long to develop a strategy, assemble a Lazorpoint team with all the right expertise and recruit the necessary software vendors. Greg also engaged the client in regular communication, so they were kept in the loop at all times: The CEO and CFO were given clear updates on what was going on, what was happening next and the overall progress of getting their IS back on track.

By the end of that first day with the Lazorpoint team, all critical functions were recovered. By the next morning, everything was operating perfectly and it was back to “business as usual.”

To ensure this kind of company-crippling catastrophe doesn’t happen again, the client has relied on Lazorpoint to develop a high-level, customized IS blueprint for optimal IS management. Lazorpoint’s ongoing managed IT services and “Peace of Mind” framework -- monitoring all key systems, addressing user issues as they arise, putting preventative maintenance measures in place to maximize systems availability -- continuously promote the company’s growth potential and its team’s technology confidence.

The CEO now has the peace of mind that her business is running at optimum capacity to most effectively serve its customers. 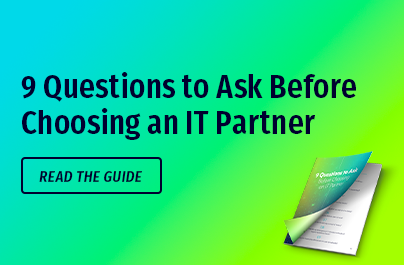 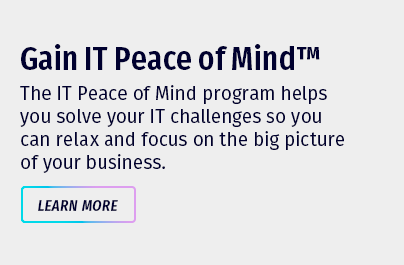 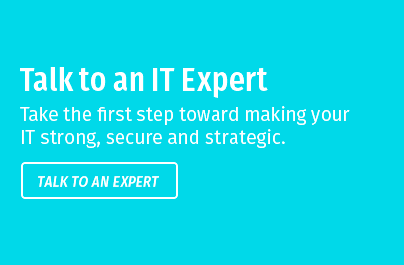 Lazorpoint is widely recognized as Northeast Ohio's leading IT consulting and managed service provider for middle market companies. Our IT Peace of Mind™ approach provides comprehensive services, true commitment to client service and a team of 50-plus professionals and partners that capture the power of technology to drive our clients' success.